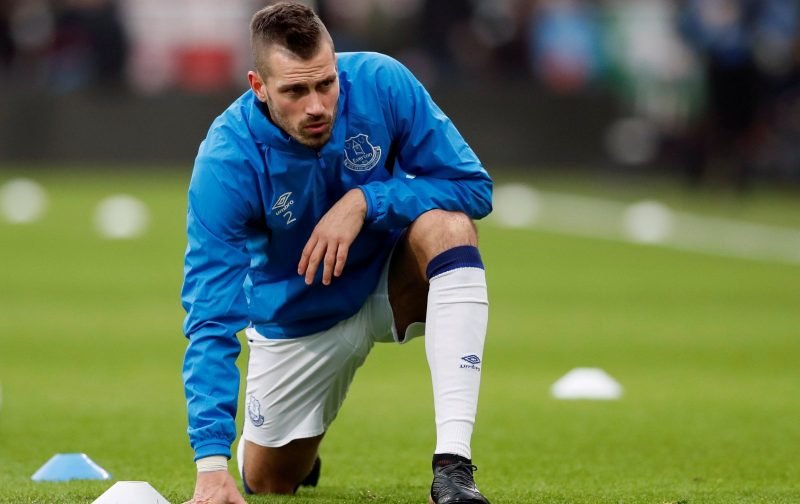 Morgan Schneiderlin was criticised by some supporters on social media after Everton fell to a 1-0 defeat to Burnley. The Toffees finished the weekend 18th in the Premier League table with seven points from eight games, having lost four on the bounce before the international break.

Schneiderlin has made six league appearances for Everton this season but hasn’t been on the winning side. The 29-year-old has been short of form throughout the campaign and may have been dropped from the starting eleven if Marco Silva had better available midfielders.

4-2-3-1 again, Everton just make one change with Bernard, Gomes and Kean on the bench.

Not positive enough for me. Schneiderlin and Delph don’t create enough when playing together. #efc

I guess Schneiderlin will be playing against West ham. Mark that off as a loss, because we haven’t won a game while he’s been playing

Gomes coming on with 7 minutes left, can someone explain that when you’ve got an absolute passenger like Schneiderlin doing nothing? Truly pathetic and gutless, this. #EFC

Starting and playing Schneiderlin today for 83mins should be enough for Silva to go. Going nowhere with him in charge. Never mind being down to 10 men today, the football on display week after week is dire #EFC

Some stat this for #EFC and its not just his fault obviously.
This season.
With Schneiderlin
Played won. Draw. Lost
6. 0. 1. 5
Without Schneiderlin
2. 2. 0. 0
He was also sent off in the draw.

It’s not Silva’s fault that we didn’t get Zouma, that Schneiderlin is awful, that Gbamin is injured, that Sigurdsson is a coward, that DCL is limited… but he has options with this squad and doesn’t use them. Same rubbish every week. He has to go. #efc

Against Burnley, Schneiderlin played 83 minutes, made 53 touches, won one aerial duel, made one chance, completed 87.5% of his 48 passes and made one clearance. The French international is unlikely to start for Everton when Andre Gomes & Jean-Philippe Gbamin are fit and available, but injuries have forced Silva to use him.

However, the Blues don’t seem to win when he starts. Everton have picked up just one point from his six appearances – 0-0 with Crystal Palace (August 10) – and have lost their last five that Schneiderlin has featured in. His future at Goodison Park may be precarious when Silva can assemble his strongest team, so Schneiderlin might be playing for his right to stay at Everton.