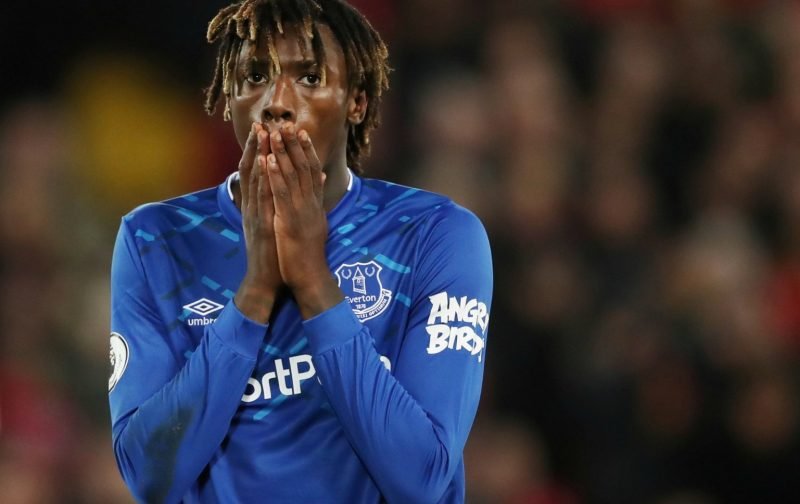 According to La Nazione via Sport Witness, AS Roma could sign Moise Kean from Everton if Fiorentina sign Justin Kluivert from them. The Toffees offered Kean out to S.S. Lazio in April and have fielded interest from Bologna, so the 20-year-old’s future may be back in Italy.

Kean has been short of form and discipline at Goodison Park, while finding himself behind Dominic Calvert-Lewin and Richarlison in the pecking order, so it’s not a stretch to suggest that Carlo Ancelotti may be considering his options.

The Italian international joined Everton from Juventus last summer and has gone on to make 26 appearances in all competitions, scoring one goal and making two assists.

Kean has four more years remaining on his deal at Goodison, but he may not see out his time on Merseyside after a disappointing debut season. Roma appear willing to take him off Everton’s hands but only if Fiorentina move for Kluivert.

The 21-year-old has been linked with a move away from the Stadio Olimpico this summer, so Fiorentina might seize the opportunity. Kluivert has contributed a total of 19 goals in 62 appearances for Roma, but has struggled for goals this season (scoring four times in 18 Serie A games), so agent Mino Raiola is touting his client around.

Whether this ends up with Kean joining Roma remains to be seen, however.