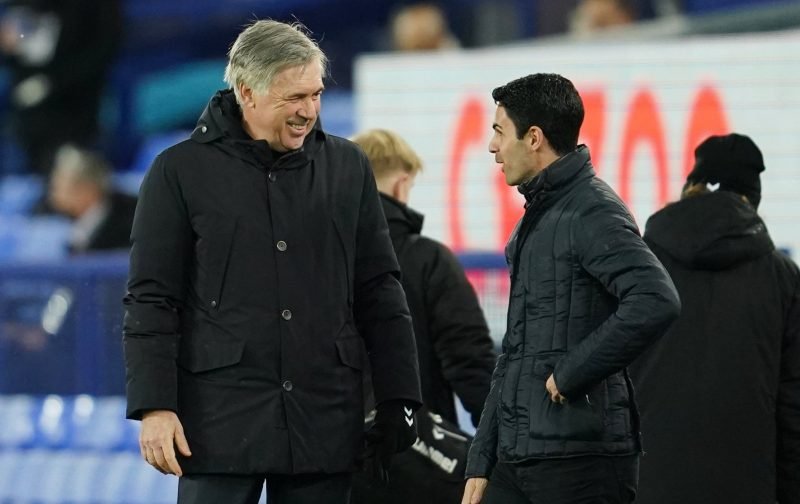 Everton have a football match to play on Friday.

Even though the club have not been involved in the deplorable plans for a breakaway European Super League, which now appears doomed to fail, it’s been hard to think about anything else for the last few days.

Such were the magnitude of the potential plans, it engulfed all of football. Now, as clubs back away wearily from the smouldering wreckage of the Super League and the potential punishments—or not?—are pondered by chastened governing bodies, thoughts will start to slowly turn towards actual football.

And Everton do have a football match on Friday, up against one of the Premier League Six that tried to drive forward the ESL, Arsenal.

For the Gunners, who have been criticised for their brazen approach to signing up to an elite league when they sit ninth in the Premier League, it’ll be the first time taking to the field since these plans were made public.

Already this week we’ve seen Liverpool and Chelsea—other members of the dirty half-dozen—be short of their best in matches against Leeds and Brighton respectively, with managers Jurgen Klopp and Thomas Tuchel citing Super League discussions as a distraction.

Everton will hope Arsenal and their players have also had their eye off the ball this week, as they go into Friday’s game with their European hopes hanging by a thread after a run of five Premier League matches without a win.

A win for the Toffees would put them within three points of the top four on the same number of games played as the rest of their rivals. But Arsenal would jump above them in eighth if they were to win on Friday night, albeit they have played a game more than Everton.

So there are big connotations for both sides in regards to their hopes of European qualification. That feels like a small step forward, as at the start of the week it didn’t really feel as though that push for continental places would matter that much.