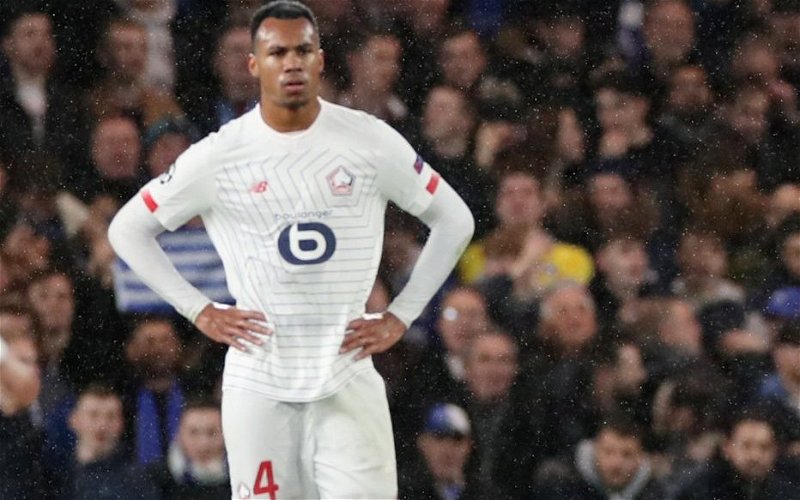 Many Everton fans have been accepting a deal for LOSC Lille defender Gabriel Magalhaes is off after reports by the Telegraph claimed the Brazilian is ‘closing in’ on a move to Arsenal.

Gabriel has long been touted as a target for the Toffees with Carlo Ancelotti believed to have been courting the 22-year-old throughout much of his Goodison Park tenure, with reports arising as early as the January transfer window.

It had even been alleged that the Lille defender was seen as a prime target to strengthen the Blues backline, and that Ancelotti had met with majority owner Farhad Moshiri and Director of Football Marcel Brands to discuss signing him.

But Ancelotti appears set to miss out, with Arsenal understood to be ‘closing in’ on the signing of Gabriel after agreeing a deal in principle with his Ligue 1 side.

Napoli had also been seeking Gabriel’s signature and believed they were ‘in pole position’ to complete a move having agreed to pay around €30million (£27.1m), but could now miss out should Arsenal put forward a more convincing case and contract offer.

Many Everton fans now believe their race is run, as having sides like Arsenal and Napoli – who can offer European football – banging on the door should be enough to block out the noises coming from Goodison Park.

Past caring now. The story changes every day. 😴😴😴

To further hammer the nail in Everton’s hopes, reports from Italy no longer mention the Toffees as a potential suitor but rather focus on the interest from clubs like Napoli, Arsenal and Manchester United.

Claims from the continent suggest Gabriel will decide on his next club in the next few days, and that he has offers from Italy and England after the Red Devils approached the 22-year-old’s agent.

Manchester United are yet to reach an agreement with Lille over a deal for the centre-half who started 23 of his 24 Ligue 1 appearances, over which he helped to keep 11 clean sheets with an average 1.7 tackles, 3.3 clearances, 0.9 interceptions, 3.5 aerial duels won and 2.8 ground duels won per game, according to Sofa Score.

We’re also rans, we finish below Burnley regularly, and cannot compete with the likes of Leicester. As soon as any other team is in for a player we want it’s over, it’s hard to swallow but true.

Another mishap of a season.
Not in Europe.
Players not performing.
Midfield missing.

Does that sound attractive if other clubs, who are in Europe, come knocking?

It was dead as soon as Arsenal, Napoli & Utd were interested