Another injury boost for Everton as £20.2m man could return to face Aston Villa 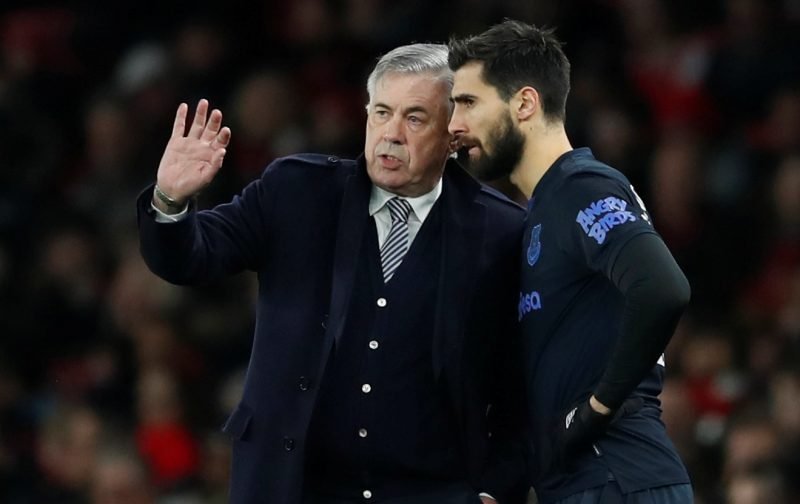 Everton have been given another injury boost ahead of Thursday’s meeting with Aston Villa, as Carlo Ancelotti “thinks” Andre Gomes should be fit to face the Midlands outfit. The 25-year-old has been struggling with an ankle injury that kept him out of Everton’s 3-0 defeat to Wolverhampton Wanderers, but Ancelotti is optimistic that he’ll recover in time for their midweek clash.

When asked whether Gomes will be read to face Villa, he said in a press conference: “I think so, we have to check on Monday.” Gomes has made 17 appearances in all competitions this season, last featuring in Everton’s 1-1 draw with Southampton where he only managed 42 minutes.

Ancelotti will be desperate to have the £20.25m midfielder back as he’s lacking depth in the engine room. Without Gomes, the Everton manager could be left with Gylfi Sigurdsson, Beni Baningime and Tom Davies against Villa – Jean-Philippe Gbamin could be out of action until 2021 and Fabian Delph still isn’t 100%.

Everton have little other than mid-table consolidation to play for, but they won’t want to slip down the Premier League by ending the season in poor form. The Toffees currently sit 11th with 45 points from 35 games, five adrift of 10th-placed Burnley.