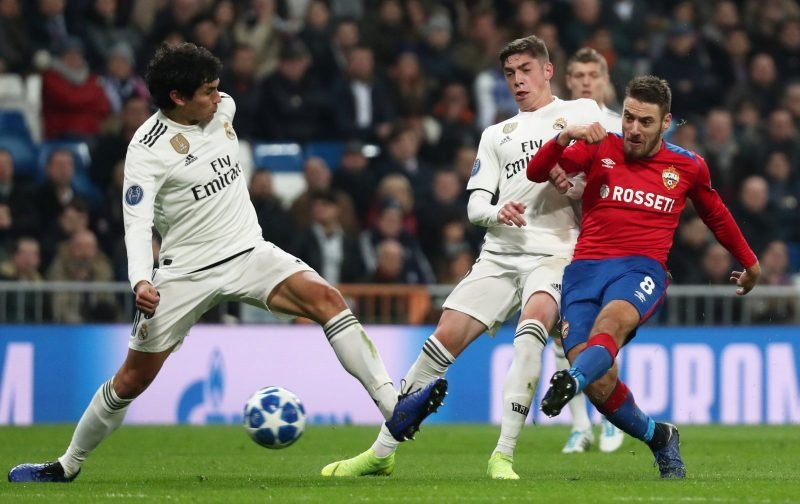 Nikola Vlasic has made some choice comments to Fox Sports Radio regarding his brief stint at the club, and has suggested why he could not make it work at Everton.

The Croatian had been brought to Merseyside from his native first-tier in the summer of 2017, but only managed to make 12 appearances in the Premier League before we shipped him off on loan to CSKA Moscow.

He has hardly set the Premier Liga alive, either, with four goals in 17 games, yet did score and assist in his two Champions League ties against Real Madrid this term, with an overall contribution in the competition of three goals and two assists.

His efforts in Russia have been enough, though, to earn the 21-year-old a recall to his national side having been forced to watch his country reach the World Cup final from home following his torrid time at Goodison Park.

The cause of the attacking midfielder’s failures at Everton, for his part, have been put down to the upheaval endured when we switched from Ronald Koeman to Sam Allardyce.

Vlasic has also suggested that we did not offer him, as a young footballer in a new country, enough time to adjust thanks to lengthy gaps between appearances.

“There were a lot of changes at Everton and I didn’t find my place there,” he told FOX Sports Radio. “It’s always hard there because if you don’t take your chance first time, then it’s hard to get another.

“Here, I have a chance every time. Even if I play badly in one game, I know I will have another chance. It’s the best thing that could have happened for me, this trust that I have at CSKA from the coach, the staff, the players, everybody. This is the main thing for a player to play in a good way.”

When Vlasic’s claims were shared on social media, here’s how the Goodison Park faithful saw them…

He was a pointless signing and offered nothing. Found his place now, let him go

Get him back and give him a go.

Definitely keep him. He never played in his preferred position and he mostly had big Sam as his coach. Also Gylfi isn’t going to be around forever

Another impatient player. I understand he wants game time but he has to wait for his chance, hes still young.

We can turn in a tidy profit if we sell. Same with Onyekuru. Selling either of them can net us some nice cash.

I like him. Very raw, bear in mind he was there under Big Sam mostly. He hasn’t been given a chance on the pitch. Of course I’m skeptical as to whether he’s the answer but the lads got ability, just needs channeling.