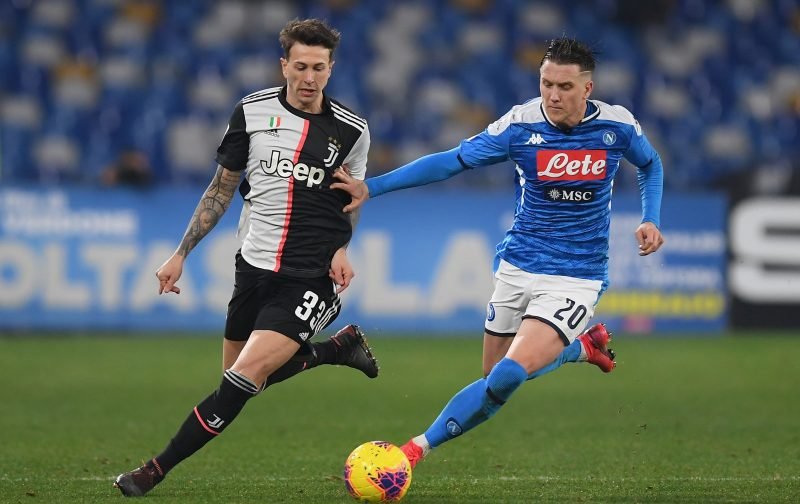 Carlo Ancelotti wanted SSC Napoli midfielder Piotr Zielinski to join him at Everton during the January transfer window, according to Italian journalist Ciro Venerato while speaking to CalcioNapoli24 TV.

Ancelotti arrived on Merseyside to replace Marco Silva in the Goodison Park dugout and instantly faced question marks over whom he could deploy in midfield, with Andre Gomes and Jean-Philippe Gbamin receiving treatment to injuries.

Morgan Schneiderlin was also on the sidelines with a calf issue, leaving Fabian Delph, Tom Davies and Gylfi Sigurdsson as his only recognised senior options.

At some point over those initial weeks at the helm, Ancelotti would appear to have decided that one – or more – of those options were not up to scratch for his plans, with Venerato claiming there to have been an interest in Napoli’s Zielinski.

The Polish midfielder featured 68 times across all competitions under Ancelotti during the Italian’s time at the San Paolo Stadium, with the boss favouring Zielinski in 36 of the Naples outfit’s 38 Serie A fixtures last season.

Zielinski was more than just a central midfield option for Ancelotti, as the 60-year-old also regularly deployed the £36million-rated ace as his left-sided option – including in five of Napoli’s six Europa League fixtures on route to last term’s Quarter-Finals.

Would you have liked to have seen Zielinski signed? 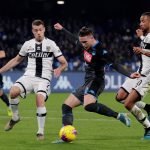 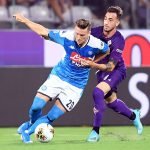 Napoli were seemingly not open to allowing Zielinski to reunite with Ancelotti at Everton, as the boss is said to have enquired about the 25-year-old’s availability however he has remained in Italy beyond the winter market.

Ancelotti’s interest in signing Zielinski is not anything new, either, as reports before the Italian was even appointed as Silva’s successor claimed he was keen to make the Poland international the first signing of his tenure at Goodison Park.

Zielinski’s named remained tied to Ancelotti’s in the Italian press beyond that, too, with it claimed late in January that he could be targeted in a double swoop including centre-back Kalidou Koulibaly.

But neither joined the Toffees last month and Ancelotti’s interest in Zielinski may have to end there, after Italian journalist Raffaele Auriemma told Radio Marte, per quotes by TuttoNapoli.net: “It’s hard to imagine a transfer to a team coached by Ancelotti.”