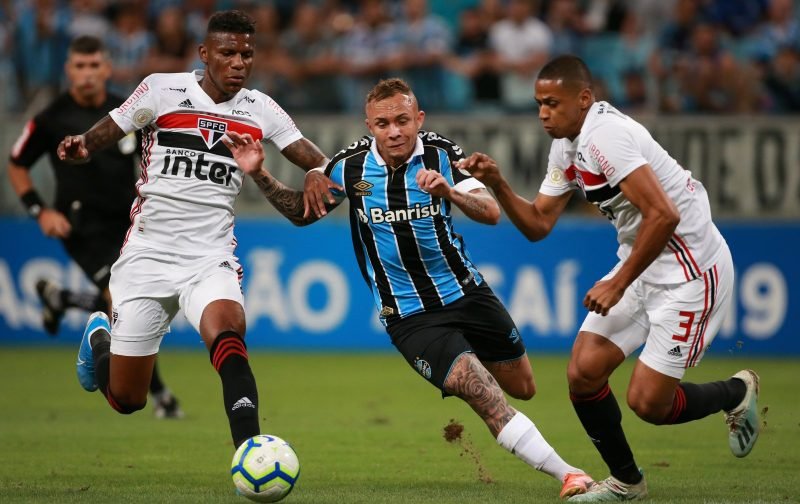 Everton have ‘joined the race’ to sign Gremio forward Everton amid interest from Liga NOS outfit SL Benfica, according to A Bola via Sport Witness.

It is claimed in the Portuguese outlet that Toffees boss Carlo Ancelotti is an admirer of Everton’s talents and that the Blues could cause Benfica concern if the Eagles make any attempt to complete a deal.

Benfica are making efforts to acquire the 24-year-old winger in the summer transfer market after being requested by Jorge Jesus, after the Eagles brought the former Flamengo head coach in to manage the Estadio Sport Lisboa e Benfica natives next season.

Gremio will demand at least €25million (£22.5m) for their star forward’s signature if they are to part companies this month, which would not be impossible for Everton to reach if Director of Football Marcel Brands is to hand Ancelotti the player he thinks highly of.

A Bola also note that Everton would be unlikely to face difficulties acquiring a work permit for Everton to play in the Premier League as the Maracanau-born attacker has represented Brazil’s senior side 14 times, scoring and assisting three goals.

It is not suggested if Everton will make an official approach, but rather that the Blues are one of the potential hurdles facing Benfica if the Liga NOS side do step up their pursuit.

This is not the first time the Blues have been linked with Everton, though, as reports in Italy last month suggested the 24-year-old ‘seriously considers a transfer to the Premier League’ amind claims of interest at Goodison Park. 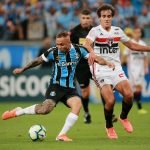 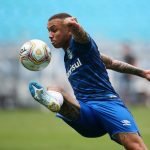 Everton boasted a goal involvement of 16 (11 scored, five assisted) during the 2019 Brazilian Serie A campaign, and will look to get off to a strong start when the 2020 campaign begins on Sunday night as Gremio host Fluminense.

The 24-year-old forward also netted four times and created two goals during the 2019 Libertadores and began the 2020 campaign strongly with one assist during the two matches played before the season was postponed.

Everton played the full 90 minutes in each of Gremio’s Libertadores fixtures back in March, during which he registered an average 1.0 shots, 39.5 touches, 1.0 key balls, 17.0 accurate passes (85%), four successful dribbles (57%) and won eight ground duels (64%), per Sofa Score.

Ancelotti would certainly benefit from having another wide option at Goodison Park next term, but it remains to be seen if Everton is the man the Toffees court.