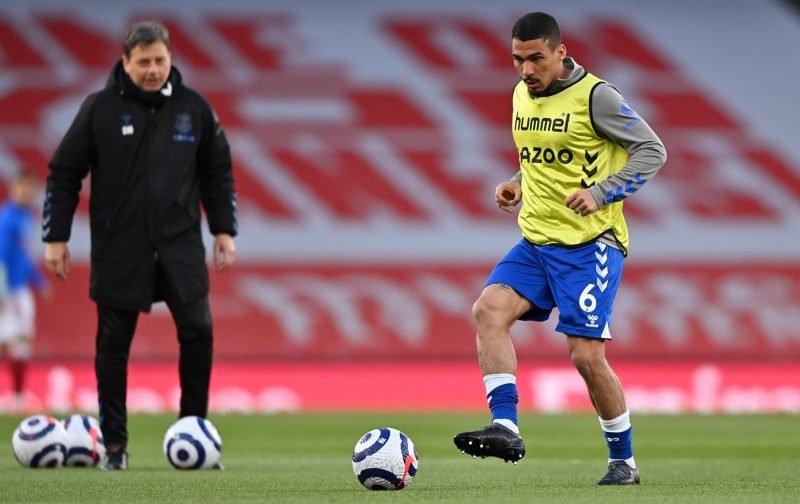 As a football supporter, it’s always nice when one of your team’s key players puts on the record that they want to stay at the club for a while yet.

So Evertonians would have been pleased to read this week that Allan, less-than a year on from signing with the Toffees from Napoli, is already thinking about extending his stay on Merseyside beyond his current contract.

“It’s very early to have this conversation, I know, but I’m really happy here and hope to stay for many years and leave my mark in the hearts of the fans and at the club,” he told the Everton matchday programme ahead of Saturday’s game with Aston Villa, per the club’s official website.

“I am really pleased with the way I was welcomed and how the supporters received me. I still haven’t had that feeling of the fans in a full Goodison Park but I’ve received a lot of messages welcoming me and congratulating me on my first season in an Everton shirt.”

Ancelotti was barking in Italian throughout to Allan. Such a vital player and the versatility he sees in him as a central midfielder became understood last night. Involved in the goal and Richarlison’s earlier effort. Everton’s cog that enables a four-man defence to work #EFC

It’s easy to see a full Goodison Park embracing Allan, as the Brazilian possesses attributes that align well with the mantra of Evertonians.

When available, he brings a tenacity out of possession and purpose on the ball. While there are still doubts as to whether he’s a natural holding midfielder—his eagerness to go hunting for the ball often usurps any sense of positional discipline—the team is evidently more structured when he’s in it.

For Allan, the key to being a success for Everton in the years to come feels more to do with his conditioning. At 30 years old, he should be at his peak physically, although this term there have been a number of injury layoffs, one that lasted two months and a few more that have lasted a couple of games.

It means that Allan has only started 17 of Everton’s 32 Premier League games this term. Bringing that number up will be crucial to the Brazilian making a name for himself at Everton in the years to come and helping the team make strides due to his clear positive influence.