Injury boost for Everton as Allan, Andre Gomes and Seamus Coleman return ahead of Liverpool clash 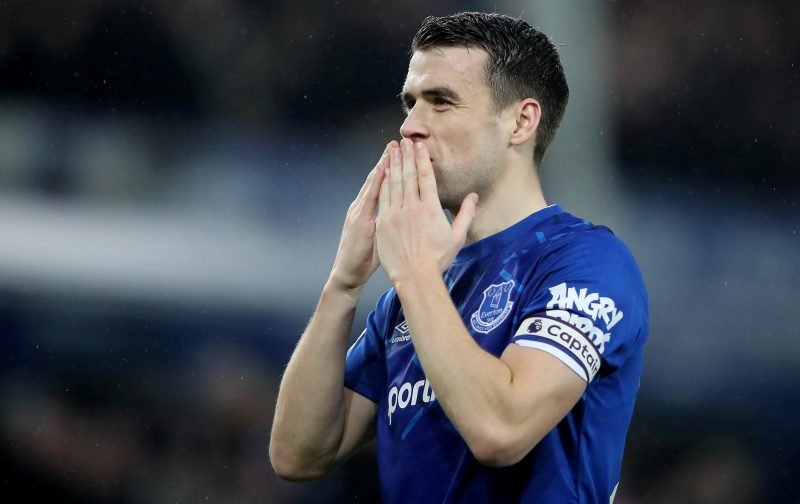 Carlo Ancelotti confirmed in his pre-match press conference that Seamus Coleman, Allan and Andre Gomes had returned to training ahead of Saturday’s Merseyside derby with Liverpool and should be in contention to feature at Goodison Park.

What’s the latest on Coleman?

The 32-year-old has featured in all four of our Premier League games this season but picked up a hamstring injury in our 4-2 win over Brighton & Hove Albion (October 4).

Coleman was withdrawn inside of an hour and was ruled out over the international break, missing Ireland’s Euro 2021 playoff win over Slovakia (October 8), their Nations League draw with Wales (October 11) and Nations League defeat to Finland (October 14).

He’s back now, however, and should keep his place at right-back over the weekend. Ancelotti told Evertontv: “I think Seamus is going to be good, because he started to train with us on Monday.”

What’s the latest on Allan?

The 29-year-old picked up a suspected groin injury in our EFL Cup win over West Ham United (September 30), resulting in him being withdrawn in the 69th minute. Allan was ruled out of our meeting with Brighton days later, so Ancelotti picked Tom Davies as his replacement in midfield.

The Brazilian international should start ahead of the 22-year-old on Saturday, however, as he’s more than impressed since joining from Napoli. Our win over Brighton is the only Premier League game Davies has started this season, so I think he’ll be swapped for Allan.

Ancelotti told Evertontv: “Allan started to train with the team this week. If nothing happens in the next few days he will be available to play against Liverpool.”

What’s the latest on Gomes?

The 27-year-old also missed our Brighton win due to a minor injury, but he’s expected back on Saturday and should start in midfield. Ancelotti told Evertontv:  “Andre Gomes is available for Saturday, no problem.”

Gomes has made three league appearances this season and looks at home in a midfield containing Allan and Abdoulaye Doucoure, so it’s a major boost having our best players back ahead of such a big game.

Gylfi Sigurdsson replaced Gomes against the Seagulls, but it would be a shock if he kept his place against Liverpool.

Everton are top of the Premier League table with 12 points from four games, boasting a 100% record. We face the defending champions and our biggest rivals on Saturday and may be fancied to get a result. Now we’ve got our strongest midfield available, I wouldn’t rule us out.

In other news, Shani Tarashaj finally leaves Everton but that’s only half the story