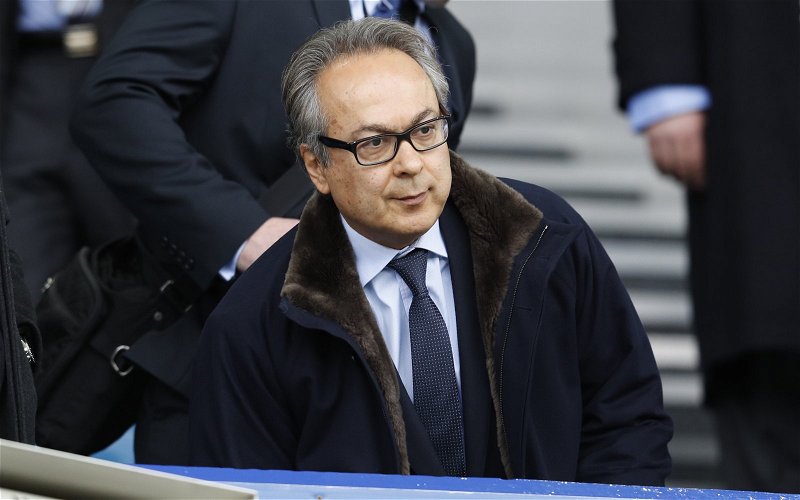 Since Carlo Ancelotti left Everton to join Real Madrid at the start of the month, it’s not been completely clear who has been driving the search for the club’s new manager.

That search looks likely to end up with Rafael Benitez being appointed this week in a move that’s not been well received by fans.

According to Paul Joyce of The Times, Everton’s owner Farhad Moshiri is one figure pushing for the former Liverpool manager to come in. The other is Alisher Usmanov.

Usmanov is a billionaire business associate of Moshiri’s and formerly had a stake in Arsenal. His company, USM, is the sponsor of Everton’s training ground and has first refusal on the naming rights for Everton’s new stadium at Bramley Moore dock.

According to Forbes, the 67-year-old is worth around $18 billion and that would be enough for some fans to want him involved at Goodison Park. Even after significant investment from Moshiri in recent years, more is required to plug the holes in a lacklustre squad.

At the moment, the involvement of Usmanov in Everton is not rubber-stamped, albeit his companies clearly have links with the football club.

Further down the line, there may be an opportunity for him to come on board in a more official capacity, especially with his association to Arsenal severed.

Evertonians would benefit from some more clarity regarding that situation, as for the time being it appears as though there are figures not on the payroll at the football club having more of a say in key decisions than some who are, most notably director of football Marcel Brands.