‘Agreement reached’ – Everton close in on highly-rated signing, will ‘undergo medical’ on Wed 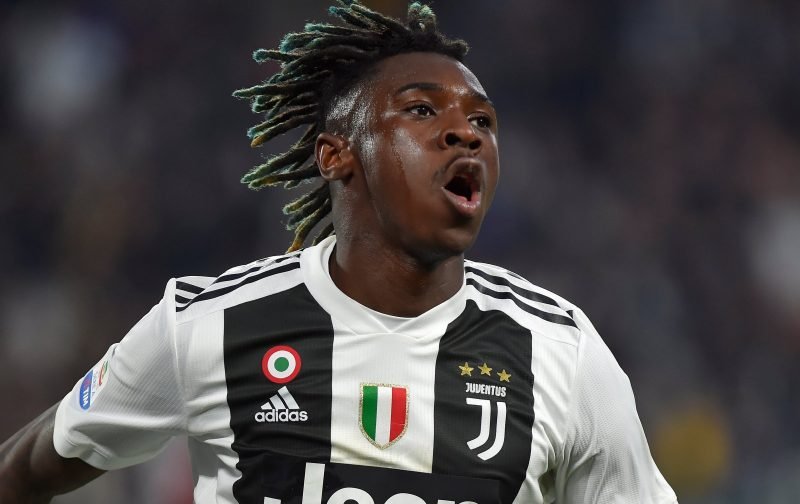 According to the Guardian and Sky Sports’ journalist Fabrizio Romano, Everton are closing in on the signing of Moise Kean and could confirm the transfer on Wednesday. Romano says Everton have a ‘total agreement reached’ with Juventus and will complete the last few details in the coming hours. Kean will fly to the UK for his medical and to sign the contract in the next 24 hours.

The 19-year-old is a highly-rated striker with a bright future, but he’s struggled for game time at Juventus due to stiff competition from Cristiano Ronaldo and Paulo Dybala. Kean rose through the youth ranks to the Juve first-team in 2017 after contributing 29 goals 36 games for the u17s and 17 goals in 20 games for the reserves.

He’s gone on to score and create nine goals in 21 games for the Old Lady first-team and boasts two goals in three for the Italian national team. Last season, however, Kean amassed just 533 minutes of Serie A football and spent the majority of the campaign as an unused substitute. He’ll be given considerably more playing time at Everton.

The Toffees have been desperate for a striker to compete with Dominic Calvert-Lewin this season and have landed their man for £29m.