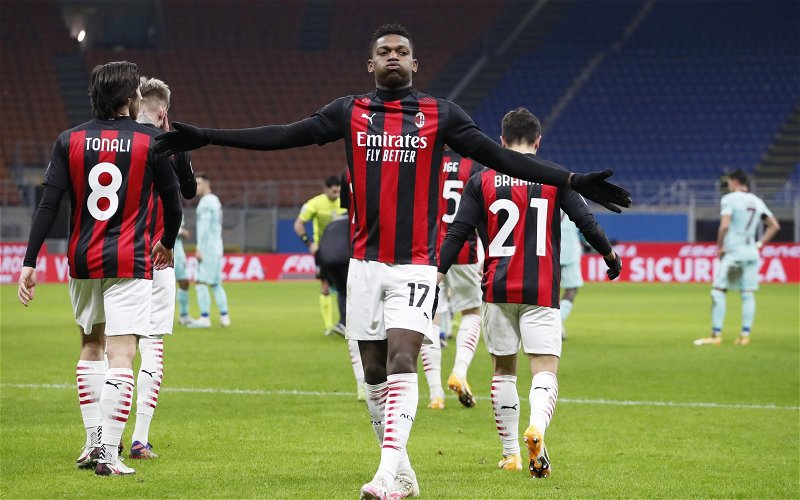 According to Calciomercato (h/t Sport Witness), Milan are considering a move for Rodriguez after losing Hakan Calhanoglu on a free transfer to rivals Inter Milan. The Colombian’s future at Goodison Park is in doubt after Carlo Ancelotti left Everton to join Real Madrid.

Mendes represents Rodriguez and according to the report, is ready to negotiate with Milan over a potential exchange deal involving another one of his clients, Leao.

In the piece, it’s said Leao has been “very popular” with Everton for a long time. The Premier League side were strongly linked with a move for the young forward when he was at Lille, although he eventually joined the Serie A giants in the summer of 2019.

Leao has shown promising signs at the San Siro and is gradually establishing himself as a first-team regular. Last season he started 22 games in the Italian top flight, scoring six goals and notching six assists which helped the team finish in an impressive second place.

Everton are in desperate need of some freshness in attack to help ease the burden on Dominic Calvert-Lewin and Richarlison. They signed the versatile Josh King on a short-term deal in January, although he failed to make an impression and was released recently, while Moise Kean is expected to leave the club after his loan to Paris Saint-Germain last term.

Losing Rodriguez’s creativity would be a blow to Everton, as they lack invention and technical quality in midfield. But if they were to get someone like Leao – who is versatile, dynamic and improving – as part of any sale, then it’d go a long way to softening the blow.