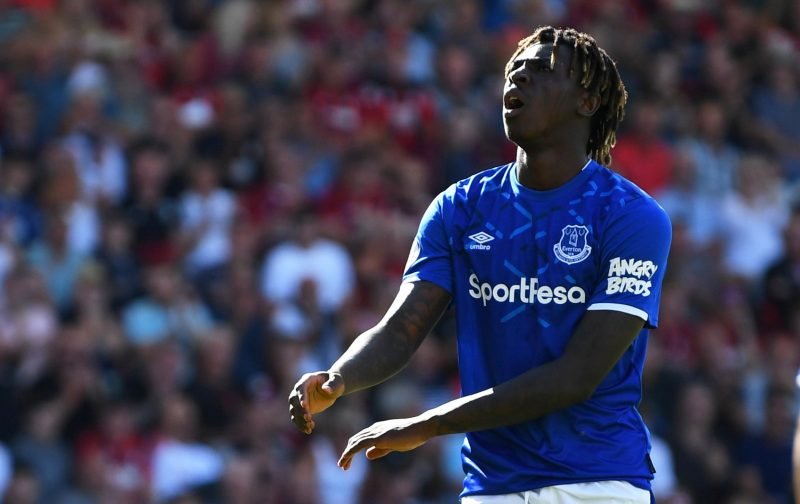 When Moise Kean was handed only his fourth start for Everton this season on Tuesday night against Watford, it was largely seen as a massive opportunity for the Italian to finally impress for his new club, yet when the second-half whistle blew, the teenager was back on the bench.

The reported £27m summer signing from Juventus according to BBC Sport made it to just 45 minutes before Marco Silva yanked the 19-year-old off the pitch in favour for Theo Walcott as Everton went on to claim an impressive 2-0 win over the Hornets, yet the substitution of Kean so early in the game somewhat overshadowed the game as reaction on Twitter from some fans shows…

Kean will have zero confidence.

Silva on a mission to ruin him.

Indeed, it is becoming quickly apparent that Kean’s time at Everton could already be under-threat, with stats from Transfermarkt showing that the Italian U-21 international has played just over 400 minutes of football this season, assisting just one goal, and yet, it isn’t entirely the youngster’s fault that he is faltering on Merseyside.

As positional stats from Transfermarkt show, the 19-year-old is sometimes being deployed as a right-sided attacker, a position Kean is quite unfamiliar with as Silva attempts to cramp as many strikers as possible into the attack, and this foolish tactic is something that is severally denying the Toffees from seeing a top talent develop.

With a Transfermarkt valuation of £36m already, Kean is a player who could genuinely grow into one of the game’s next top strikers, but in order for this to happen, Silva needs to be willing to allow the teenager attacker not only to be allowed time to adapt to a new league, country and culture, but also stick with him on the pitch to get the minutes the former Juventus striker needs.

Everton were lavished with praise following the signing of Kean this summer, but the project so far has been a disaster, and it is now up to Silva to reward faith in the youngster if he is to reap the awards of making such an ambitious signing.