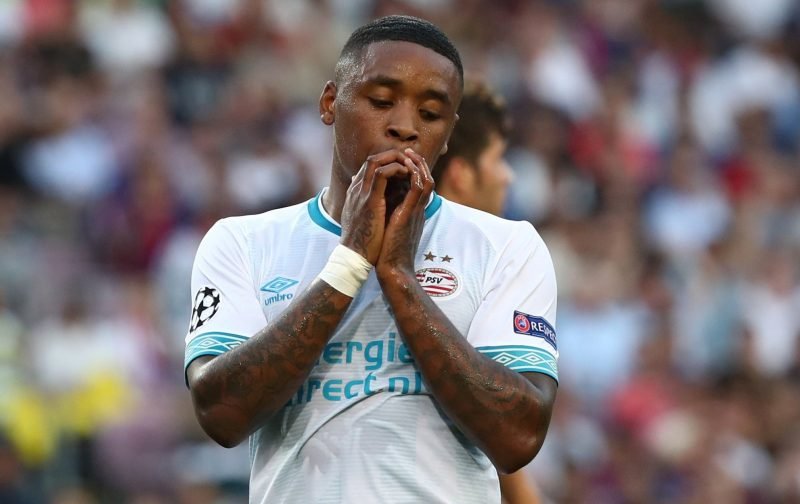 TransferMarketWEB understand Marcel Brands has his eyes set on PSV Eindhoven sensation Steven Bergwijn, ahead of a potential summer raid on the Eredivisie should we lose Richarlison.

Bergwijn is currently setting the Dutch top-tier alight with his efforts at the Phillips Stadion under Mark van Bommel, where he has contributed to a whopping 25 goals through 13 for himself and 12 assists.

The £27million-rated attacker, as per TransferMarkt, has also scored and assisted goals in the Champions League this season, as PSV fought valiantly against the likes of Barcelona, Tottenham and Inter Milan, having edged Bate Borisov in the final Qualifying Round.

Unfortunately, we would not be alone in chasing the 21-year-old’s signature should we launch a bid, as Bayern Munich, Napoli and AC Milan are also said to be on his case.

If Milan launch a successful raid, though, we would likely not have to make an approach for the 5-cap international, as the San Siro natives are one of the sides tipped to be after Richarlison, whom Bergwijn would be replacing.

The Rossoneri are still considering our fan favourite attacker as a potential addition to Gennaro Gattuso’s squad in the summer, as they look to add a lethal winger to their ranks on the back of another middle of the road campaign.

The likes of Chelsea, Paris Saint-Germain, and Atletico Madrid often get a mention, too, when it comes to Richarlison’s availability, and earlier this month Liverpool seemed to enter the frame.

We are not expected to sanction his departure, though, but offers close to £80million could tempt the board into a deal, as it would present a vast profit on the fee Watford held us to last summer.

This is not the first time we have been linked with a move for Bergwijn, either, but Brands directly addressed the chances of us buying the Dutchman over the winter.

In an interview with Voetbal International, our Director of Football noted: “I think that if Hirving Lozano and Steven Bergwijn go directly to the absolute top in the Premier League, they will have it very difficult.

“For Richarlison, we have indeed paid a lot of money, but he is 21-years-old and has already shown it [his skills] in the Premier League. He is likely to deliver double [what we paid].

“I do not know yet with Lozano and Bergwijn. If Lozano would cost €20m, I would consider it, but at higher amounts we look at players who have already proven it in the Premier League or in another big league.”