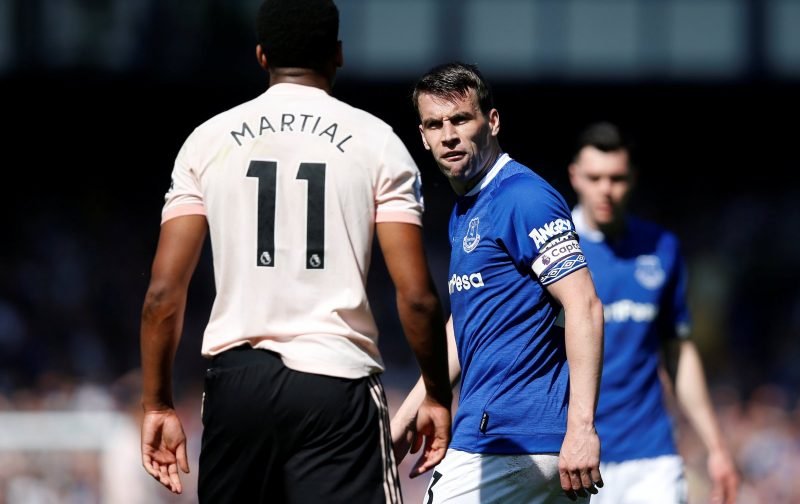 BBC Sport pundit Garth Crooks has named his Team of the Week for the latest batch of Premier League games, and has included two stars from our resounding win over Manchester United.

The retried centre-forward only chose one of our four goalscorers, though, leaving Lucas Digne and Richarlison looking on as Man of the Match Gylfi Sigurdsson continued to reap the rewards of his display.

The somewhat surprising inclusion, meanwhile, was Seamus Coleman, who has not been enjoying the best year of his career overall, but put in a fine shift against Anthony Martial and later Romelu Lukaku on Sunday.

Statistically, though, it was not an awe-inspiring game by our captain, as he only made one of his two attempted tackles or dribbles, won a single aerial duel, and did not play a single key pass.

He did not stand out for total passes (with 40), shots (taking one), or interceptions (with two), either, but Crooks felt Coleman played a key role in taking advantage of a poor Manchester United team.

“He now wears the Everton captain’s armband and justifiably so,” Crooks wrote. “Coleman has played a massive part in the victories over Arsenal, Chelsea and now Manchester United.

“United were poor at Goodison Park and while they should be beating the likes of Everton, the emotional impact of losing to Barcelona in the Champions League cannot be underestimated.”

As for Sigurdsson, our second goalscorer of the day played a joint-game high four key passes, and scored with his only shot on target, while Crooks noted how the Iceland international has shone since our sluggish start to 2019.

“It’s not that long ago that Everton were going through a shocking period of games, and there were questions raised about manager Marco Silva’s suitability for the job,” he added.

“Sigurdsson has emerged as one of the shining lights in Everton’s resurgence since that period. His goal against a mentally shattered Manchester United was pivotal in Everton’s excellent 4-0 victory at Goodison Park.”